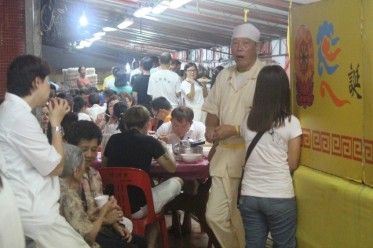 On the day of sending off, the temple was visibly more crowded than the day of receiving. The dining tables were all filled with people having their dinner. There were many elderly devotees who came down specially to partake in the sending off procession. A festive atmosphere prevailed at the temple as people sat around and chatted with one another.

At about 7pm, the temple committee will open the Nine Emperors chamber to the devotees for them to pay their respects and to see the Nine Emperor Bodhisattvas. Devotees queued up to enter the chamber and were given a joss stick each by the temple’s committee members. They would first pray at the front of the chamber, facing the plaques, before walking through the inner chamber and praying to the respective Nine Emperor Bodhisattva statues. 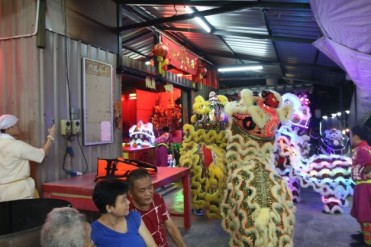 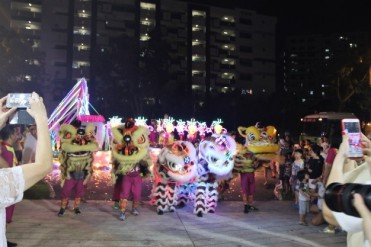 At 7.30pm, the lion dance troupe from Shi Cheng Jin Yong Dragon And Lion Dance Centre (狮城劲勇龙狮院) arrived and went around the temple compound to pay respect to the different deities and altars. 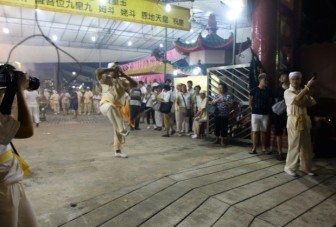 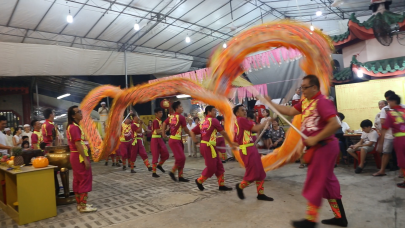 The dragon dance troupe subsequently arrived 15 minutes later.   The vanguard opens the way for the entrance of troupe by cracking the dragon whip to chase away any evil spirits, siimilar to what he had done for the lion dance troupe before.  The dragon dance troupe will also proceed to each of the altars to pay their respects.  While this was going on, Master Chen and the temple committee will prepare for the arrival of Guan Yin Da Shi. 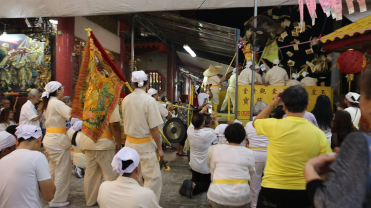 After the arrival of the Guan Yin Da Shi, He goes to the Dou Mu altar to oversee the lowering of the lamps.  All the committee members in the temple followed the instructions and knelt down.  As the Dou Mu Heavenly Lamps were lowered, the committee members threw joss paper at them.  The devotees will rush to pick up the joss papers and rubbed them over their faces and bodies to be blessed with safety and good luck.

Guan Yin Da Shi and the temple’s committee members returned to the Guan Yin Hall, also the main hall of the temple to initiate the ceremony to send off the NIne Emperor Bodhisattvas. 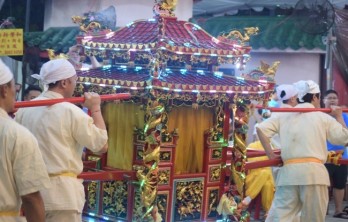 At around 8.30pm, the temple committee and the sedan chair proceeded to the different altars to pay their respects to begin their journey to East Coast Park.

The devotees boarded the buses chartered by the temple, while the committee members boarded the lorry or the floats, and make their way together to East Coast Park. 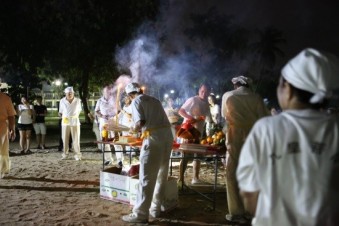 The temple committee then move the Dragon ship to the beach.  The dragon ship, constructed of wood and paper, was very much covered by the talismans pasted on them. 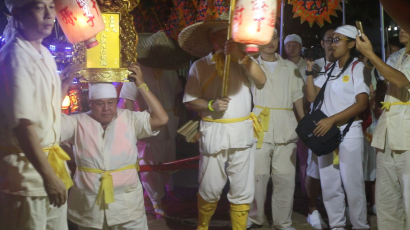 Similar to the day of receiving, the guardian of the incense censer would have to kneel down and to take out the incense censer and plaque of the Nine Emperor Bodhisattvas, carry them on his head, and to move towards the ceremonial table.  The elders holding the dragon and phoenix staff would stand on the two sides of the censer guardian, and accompany him to the altar. 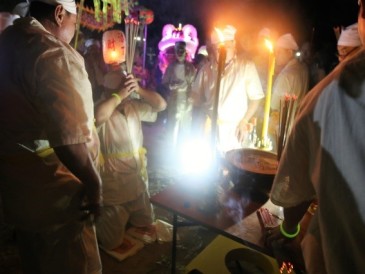 Representatives from the temple’s committee were called individually to pay their respects.  Thereafter, Master Chen led the devotees in the prayer ritual.  Upon conclusion of the ritual, the joss sticks were placed in the incense censer. 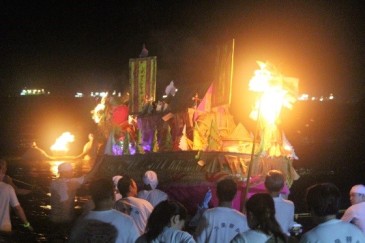 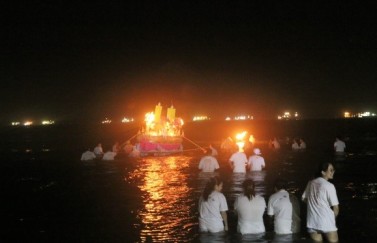 The temple committee members will carry the incense censer and the dragon ship into the sea at the same time, to signify the sending off of the Nine Emperor Bodhisattvas.  This takes place on the 9th day of the 9th lunar month, and thus also the Chong Yang festival (重阳节) in Chinese lunar calendar. 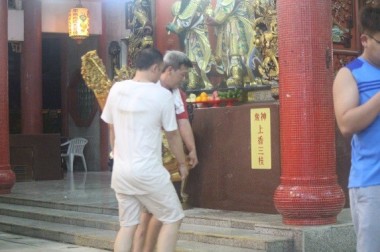 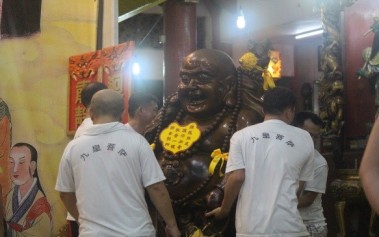 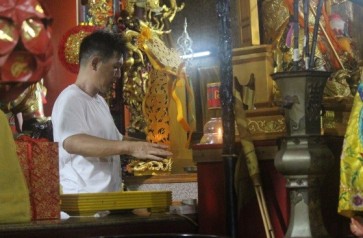