Fig. 70: The chair’s legs rests on incense paper so that the chair does not make direct contact with the ground. 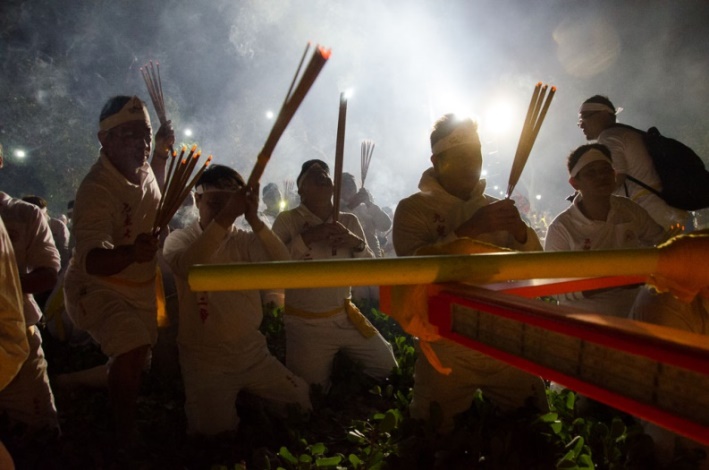 Fig. 71: The sedan chair members for all the chairs kneel down facing the sea and holding joss sticks as they pray while the rituals by the Taoist priests are being conducted. 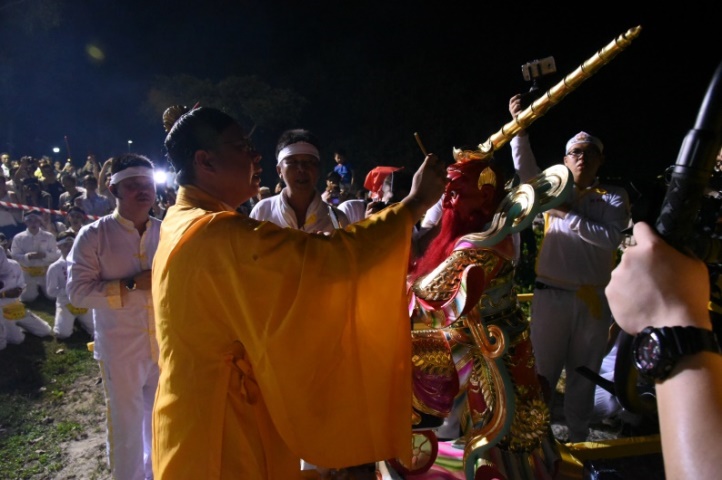 Fig. 72: The head priest doing the Consecration ritual for the statue of Wang’Tian’Jun (王天君).

Fig. 73: The head priest doing the Consecration ritual for the statue of the God of Wealth (财神).

Fig. 74: The head priest doing the Consecration ritual for the statue of Tua Pek Gong (大伯公).

Fig. 75: The Taoist priests reciting the rituals to invoke the Nine Emperor Gods. 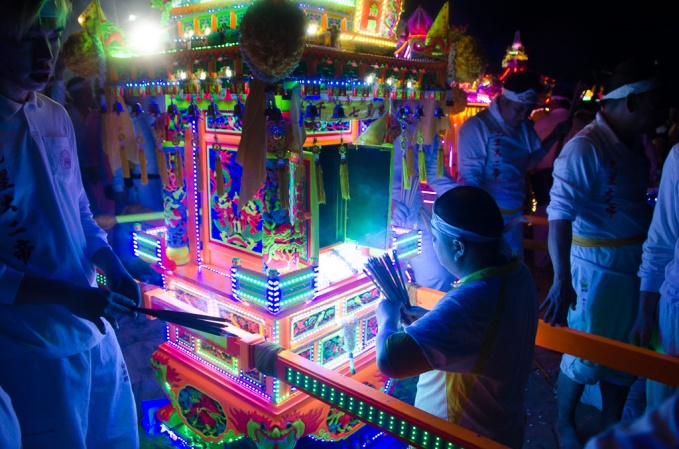 Fig. 76: After the priests’ rituals are done, the sedan team leaders collect the joss sticks from their members and inserted them into the urn inside their sedan chair’s chamber. 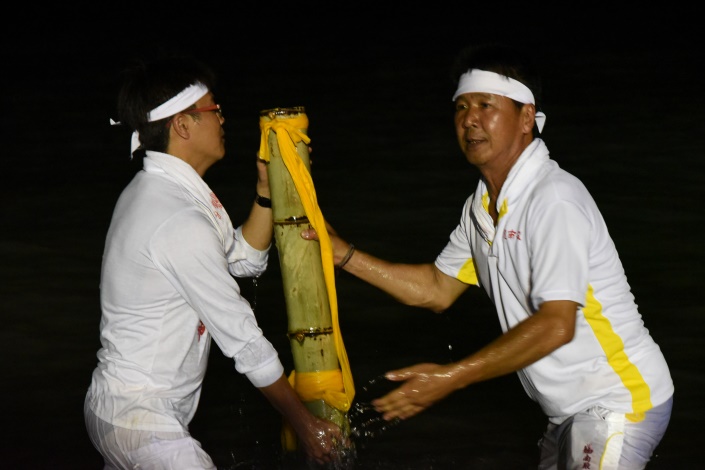 Fig. 78: Ah Zhong (left) and Lu Gu submerge the bamboo pole in the seawater before raising it out of the water to collect some seawater inside. 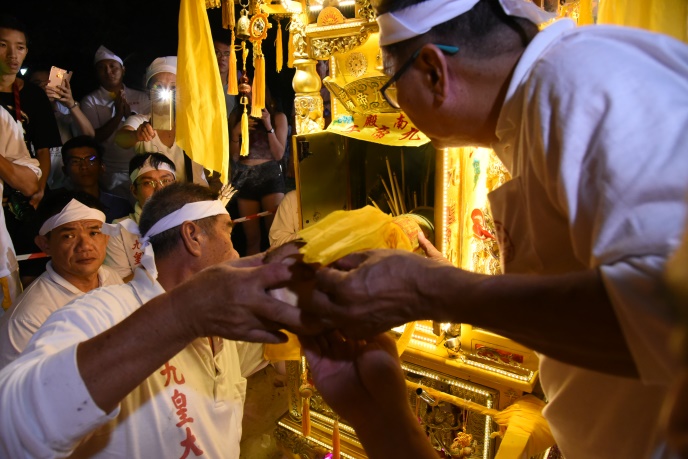 Fig. 79: The sedan chair members inserting the bamboo pole inside the chamber to pour the seawater into the urn before lighting the urn up with burning incense paper as a sign of receiving the Nine Emperor Gods.

Fig. 80: The sedan chair members pay respects to the Nine Emperor Gods after inviting them into their sedan chair. 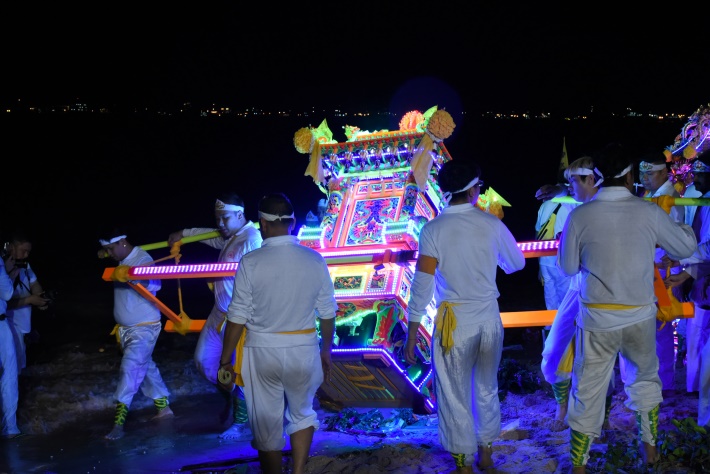 Fig. 82: At certain points, such as the entrance into ECP, the sedan team member holding the lamp and flag for his team stops in front of a dancing lion or two and raises the lamp and flag in respect before passing through.

Fig. 83: A sedan chair makes its way to Long Nan Dian after alighting from the truck.

Fig. 84: A dragon dance troupe gets into position to welcome the sedan chairs back to Long Nan Dian.

Fig. 85: A vanguard (先锋), at certain checkpoints, purifies the area by whipping the horse whip onto the ground so that the Nine Emperor Gods can pass through a sanctified area. 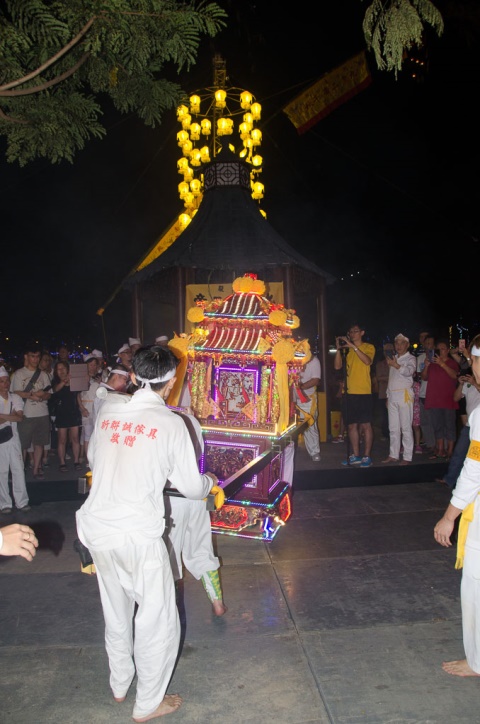 Fig. 86: The Fourth sedan chair team stops in front of the 9 lamps and pays respects there. There were several other checkpoints like this the sedan chairs must stop at. 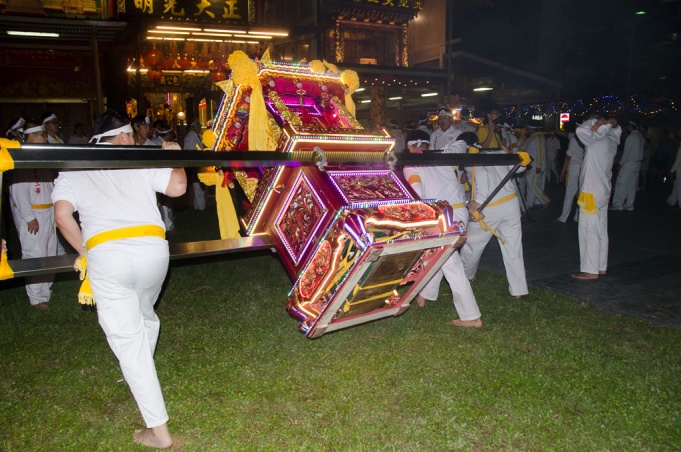 Fig. 87: The Fourth sedan chair stops in front of the temple building.

Fig. 88: The sedan chair team stops in front of the wu’ling’qi (五令旗), the Five flags.

Fig. 89: The sedan chair team stops in front of the Jade Emperor. 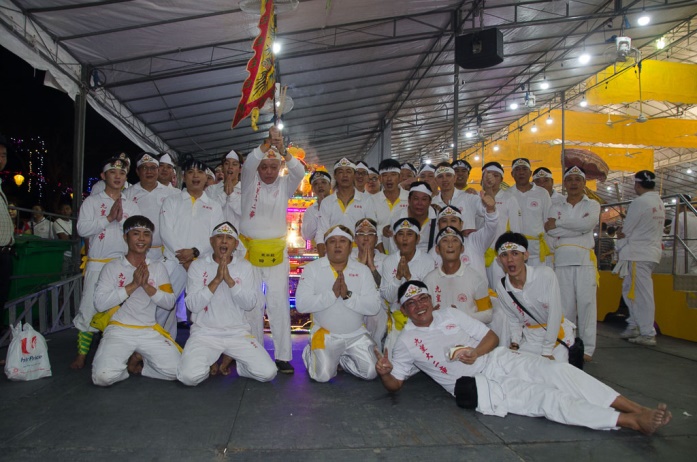 Fig. 91: The Fourth sedan chair team poses for a photo. 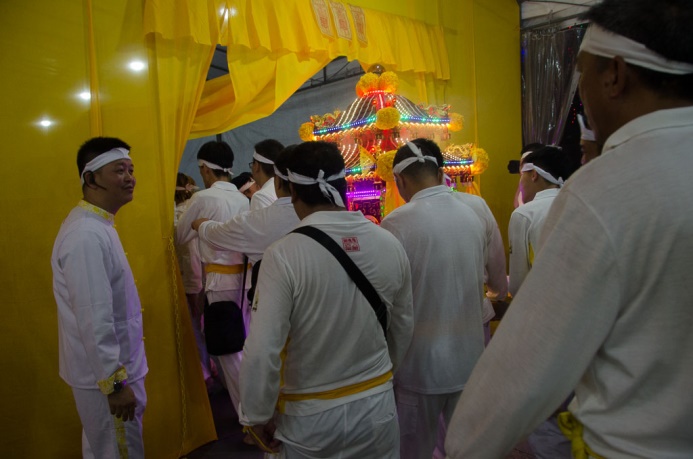 Fig. 92: The Fourth sedan chairs enter the inner chamber to place the urn inside.

Fig. 93: The Seventh sedan chair team parks their chair at the parking area. After leaving the inner chamber, the chair is no longer rocking. 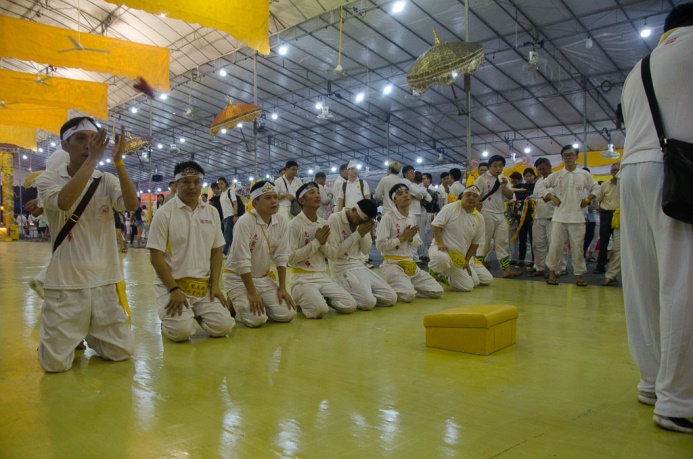 Fig. 94: After parking their sedan chairs, all the sedan team leaders line up in front of the Second Nine Emperor Gods and do Bao Bei (茭杯), which is the act of throwing divination blocks, to determine which sedan chair will be used for receiving visiting temples.

Fig. 95: The temple helpers set up the ritual items at the Bridge of Peace (平安桥) for its Consecration ritual.

Fig. 96: The head priest conducting the Consecration ritual for the Five camps (五营).

Fig. 97: The head priest conducting the Consecration ritual for the Central Marshal.

Fig. 98: The head priest conducting the Consecration ritual for the Bridge of Peace.

Fig. 99: The red chop in the middle shows that the Bridge of Peace has been sanctified.

Fig. 100: Ah Tsui (right) pasting talismans on the horses of the Five camps.

Yew Keng is the act of visiting other Nine Emperor Gods temples as a show of friendship between temples. For Long Nan Dian, Yew Keng is typically held on a Sunday because all of the festival participants can help out and more devotees can attend.

Before embarking on Yew Keng, however, there was a performance by big-headed dolls, who danced to the rhythm set by the clanging of cymbals and the blowing of trumpets by temple helpers.

Fig. 101: The big-headed dolls dancing in front of the Second Nine Emperor God.

Fig. 104: The team leaders have a meeting about the schedule and order of events. 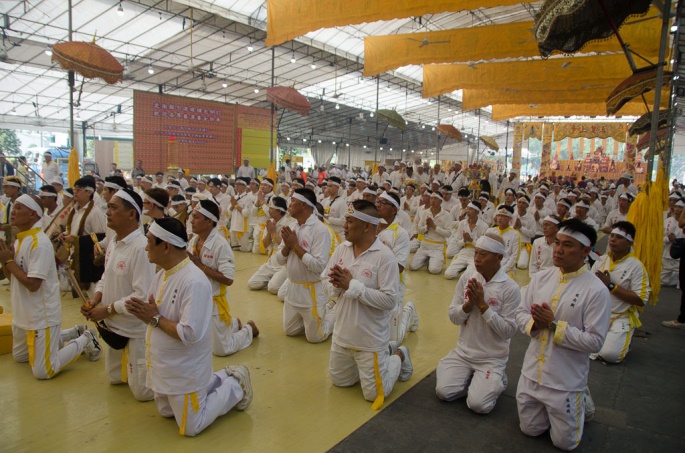 Fig. 105: The festival participants kneeling during a mass prayer session before setting off.