Leong Nam Temple, or Long Nan Dian (龙南殿), founded in 1954 in Geylang Serai, first started off as a private altar worshipping Guandi (关帝) before later expanding into a temple. Its lease in Geylang ended in 2006 and was introduced to Ubin Thai Temple by the Singapore Land Authority to share a plot of land in the east. In 2011, Long Nan Dian, along with Ubin Thai Temple, Bao Gong Temple (包公庙) and Zhong Yi Temple (忠义庙), made Jalan Kayu their home sharing the same unified temple building for another thirty years (Fig. 1).

Fig. 1: Present location of Long Nan Dian at Jalan Kayu. The other 3 temples sharing the same building are hidden from view

Preparations for the festival

One month before the commencement of the Nine Emperor Gods festival, sedan chair teams had already parked their sedan chairs inside the temple building. According to temple members, most of the chairs were made in Taiwan. They were supposed to last between 5 and 10 years, so extra care needed to be taken when handling the chair.

Fig. 2: Alvin, the leader of the Sixth sedan chair, or kio tao (Hokkien 轿头), and Yong Kiat, one of the sedan chair team members, or kio ka (Hokkien 轿脚), working on their chair inside the temple building prior to the festival. 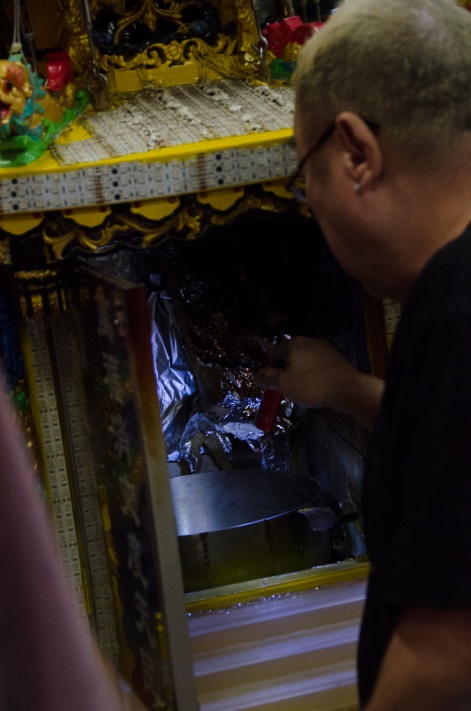 Fig. 4: Shown here is the old Third sedan chair. The metal urn holder inside the chair was to be transferred from the old chair to the new chair.

Fig. 5: The chair on the right is the new Third sedan chair to be used in this year’s festival. One sedan chair member measures the dimensions of the inner chamber to deduce whether the urn holder can fit inside if transferred from the old chair.

Fig. 6: Sedan chair members for the Fourth chair deliberate the best way to connect the wires for the speaker underneath their chair.

Fig. 7: Sedan chair members for the Ninth chair test the durability of the wooden handles by slightly lifting the chair off the ground.

Fig. 8: Teams that have finished their sedan chairs park them at the raised stage near the main road. Shown here are the Seventh sedan chair members.

Fig. 9: The festival ground in its infancy. 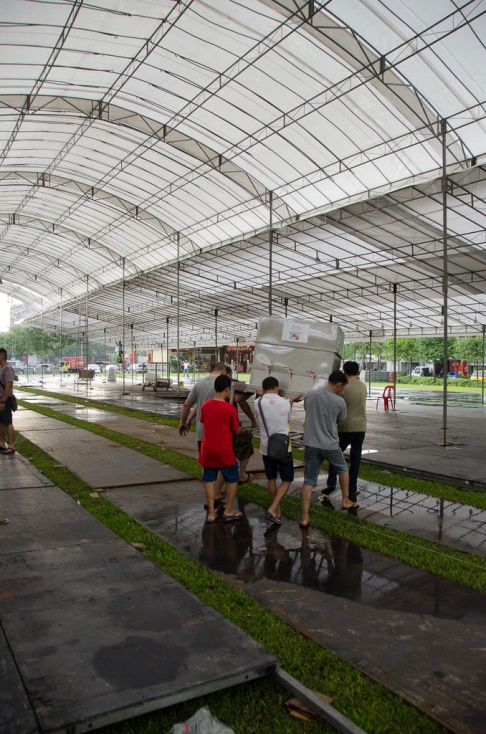 Fig. 11: Temple helpers carry a drink dispenser that was unloaded from one of the large container boxes.

Preparations could last till as late as 1 am. This is because most of the helpers have day jobs of their own, so they could only help out in the evening and night.

Fig. 12: Yellow banners for each of the Nine Emperor Gods were hung from the ceiling.

Fig. 13: The 9 Nine Emperor Gods flags flying on top of the tent.

Fig. 14: Johnny (back facing camera) prepares to be lifted up to erect one of the flags for the Nine Emperor Gods on the tent

Fig. 15: Temple helpers erecting the wooden boards which serve as the walls for the chamber housing the First and Second Granduncles (大二爷伯).

In 2017, Long Nan Dian designed a float modelled after Zheng He’s ship that would be driven along the streets during the Receiving, Yew Keng (游境) and Sending Off.

Fig. 17: Interior of the float in its infancy.

Fig. 18: Exterior of the float in its infancy. 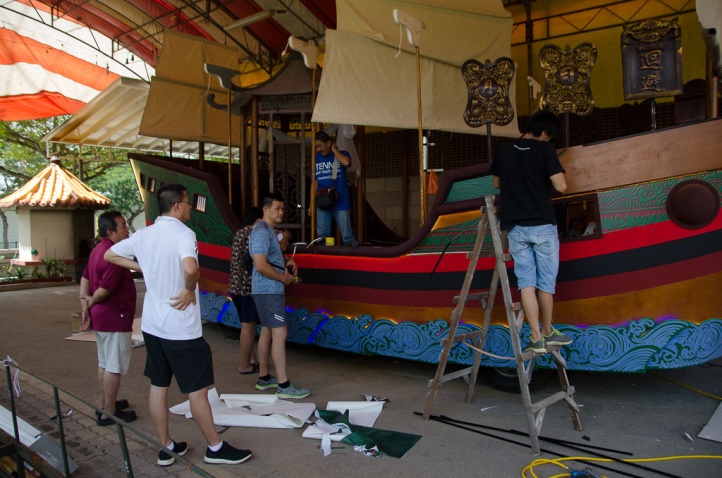 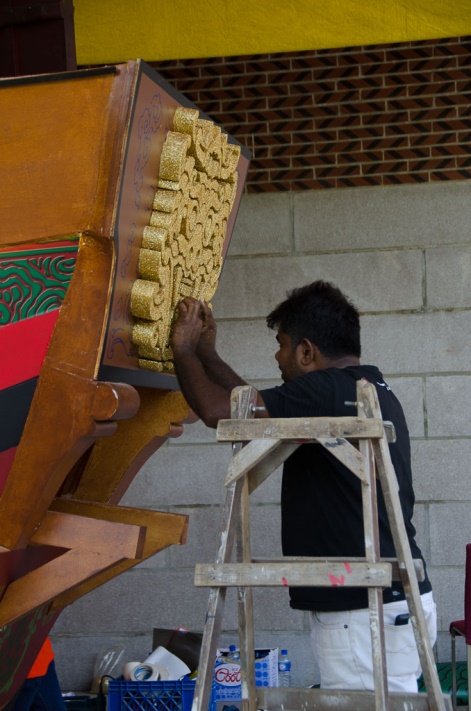 Fig. 20: A worker inserts a missing piece of the golden inscription in front of the float. 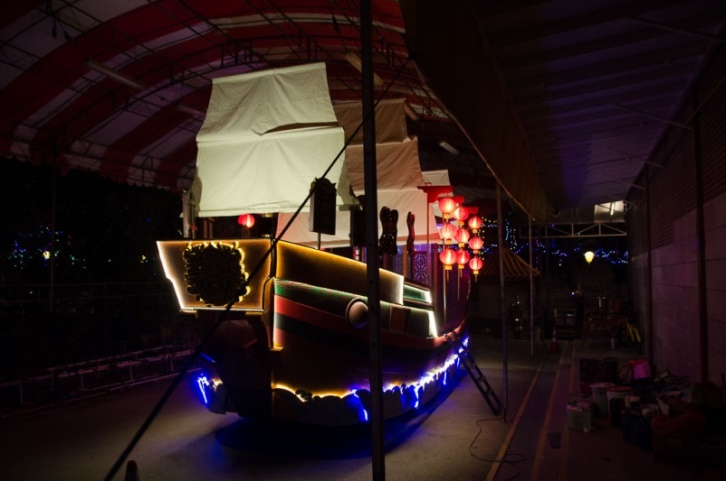 Fig. 21: The completed float lit up in the dark.

The dining area was set up beside the main altar. It was as big as the main festival space itself and was separated from it by a tent wall with two entrances allowing visitors to enter the dining area from the main altar and vice versa. Blue metal table frames and wooden table tops lay in rows on the floor as the temple helpers set the tables up.

Fig. 22: The dining area before the furniture was set up. 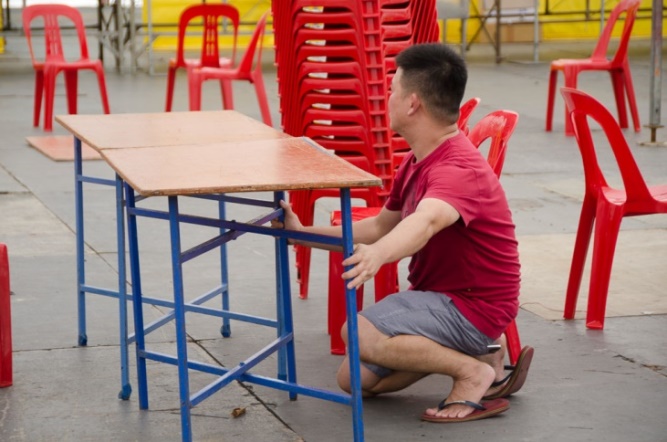 Fig. 23: A temple helper sets up a dining table, which would be joined together to form rows of such tables like in a canteen.

Unlike the main altar, it did not take long for the dining area to be set up and it was completed during the same day.

The kitchen, though on the same side as the dining area, was separated from it by a yellow tent wall. Before the kitchen was set up, gas cylinders were stacked near the entrance linking the kitchen to the dining area, and a temple helper was washing the metal food holders on the floor with a hose.

Fig. 24: The kitchen 2 days before the festival. 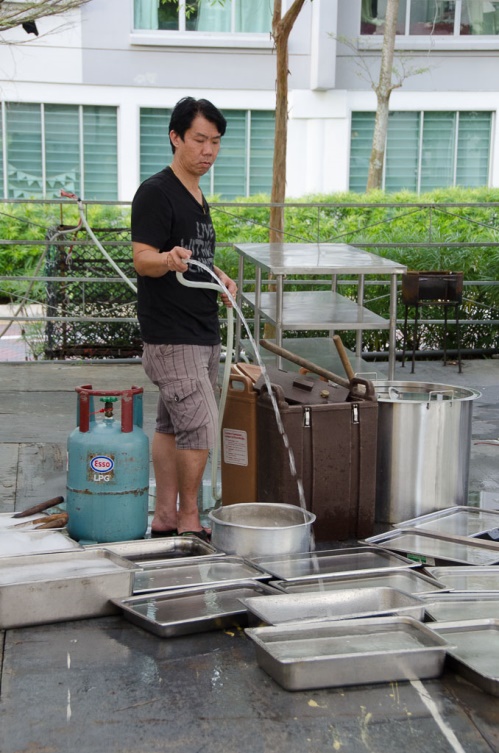 Fig. 25: A temple helper washes the food holders with a water hose. 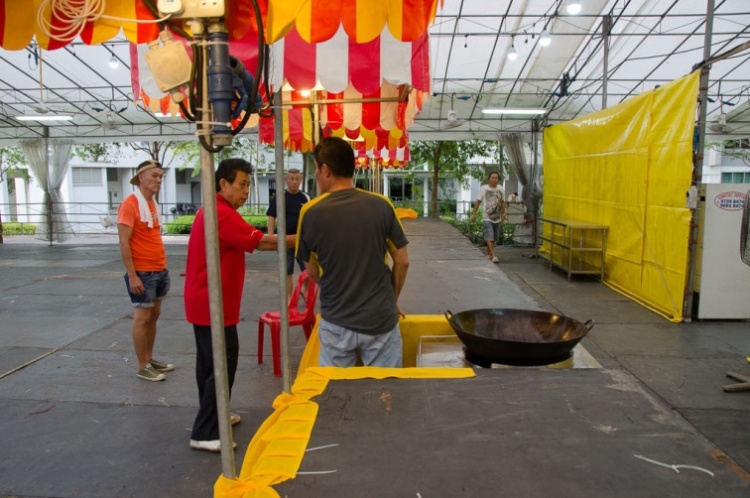 Fig. 26: A row of food stalls being set up in the area between the kitchen and dining area.

The opera/puppet stage was set up just in front of the entrance of the temple building. The opera was performed by the Xiao Feng Hokkien Opera Group (筱凤闽剧团). The stage was relatively small and simple, made up of tent walls hung from the metal frames above. Mr Tiong said that there are a number of devotees who requested for him to hire a troupe from Taiwan which was considered of better quality but cost a significantly greater amount 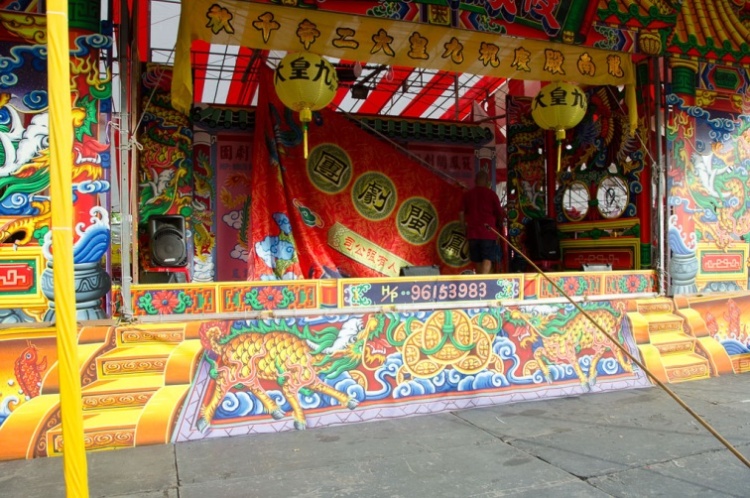 Fig. 27: A temple helper hangs the backdrop on the metal frame at the top of the stage.

Neon lights were hung on and from the trees along Sengkang West Ave and some light-up decorations, like human figurines, a rooster and a house, were installed on the grass field adjacent to the festival tent area. The neon lights were put up by a different supplier this year. The supplier had offered to do it for free hence Mr Tiong decided to give them a try. 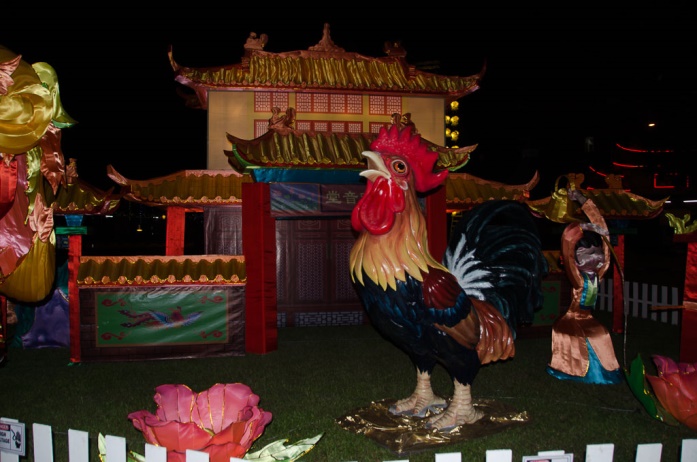 Fig. 30: Unlit light-up installations on the grass field near the festival area.

Erection of bamboo pole for the Nine Lamps

A bamboo pole was used to hang the Nine Lamps, which when lit and hung above signified the presence of the Nine Emperor Gods. As a symbol of virtue, bamboo is highly regarded in Taoism. Its deep roots and straight stem capture the essence of honourability.

Two days before the festival, the temple helpers drove a long truck to find a suitable bamboo trunk and came back with 3 at around 4.40pm. One bamboo would be used to scoop seawater into the urn. According to Ah Hai, a temple helper, this year’s bamboos were cut from a different location and as a result, the bamboos were noticeably sturdier. 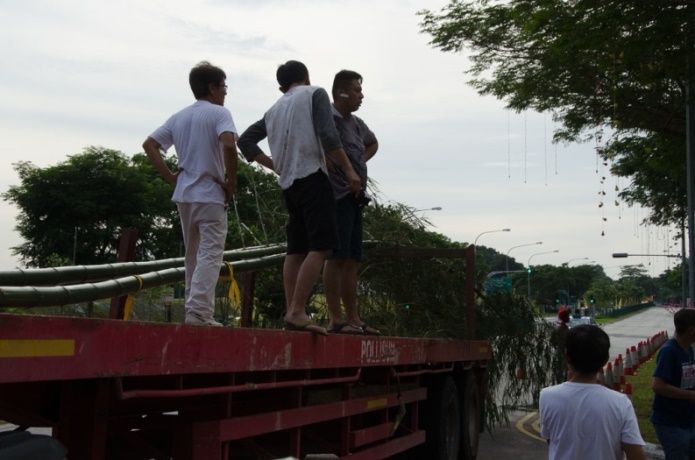 Fig. 31: The temple helpers who came back from their bamboo cutting standing on the truck with their bamboo.

The bamboo was then carried down from the truck and placed on metal table legs where it would lay until it was time to raise it.

Fig. 32: Bamboo trunk temporarily lies on a row of table legs until it is ready to be raised.