The earliest records of the Jing Shui Gang Dou Mu Gong Feng Shan Si can be traced back to 1907. The temple used to be situated at “九条石” which, today, is approximately along Upper Thomson Road; 825D Upper Thomson Road.  Jing Shui Gang was the name of a small river nearby which the temple and village later adopted. In 1992, to plan for the growing population in a land-scarce Singapore, the government took back the site in current day Upper Thomson Road and the temple was relocated, along with the other temples nearby, to its current location in 561 Yishun Ring Road. 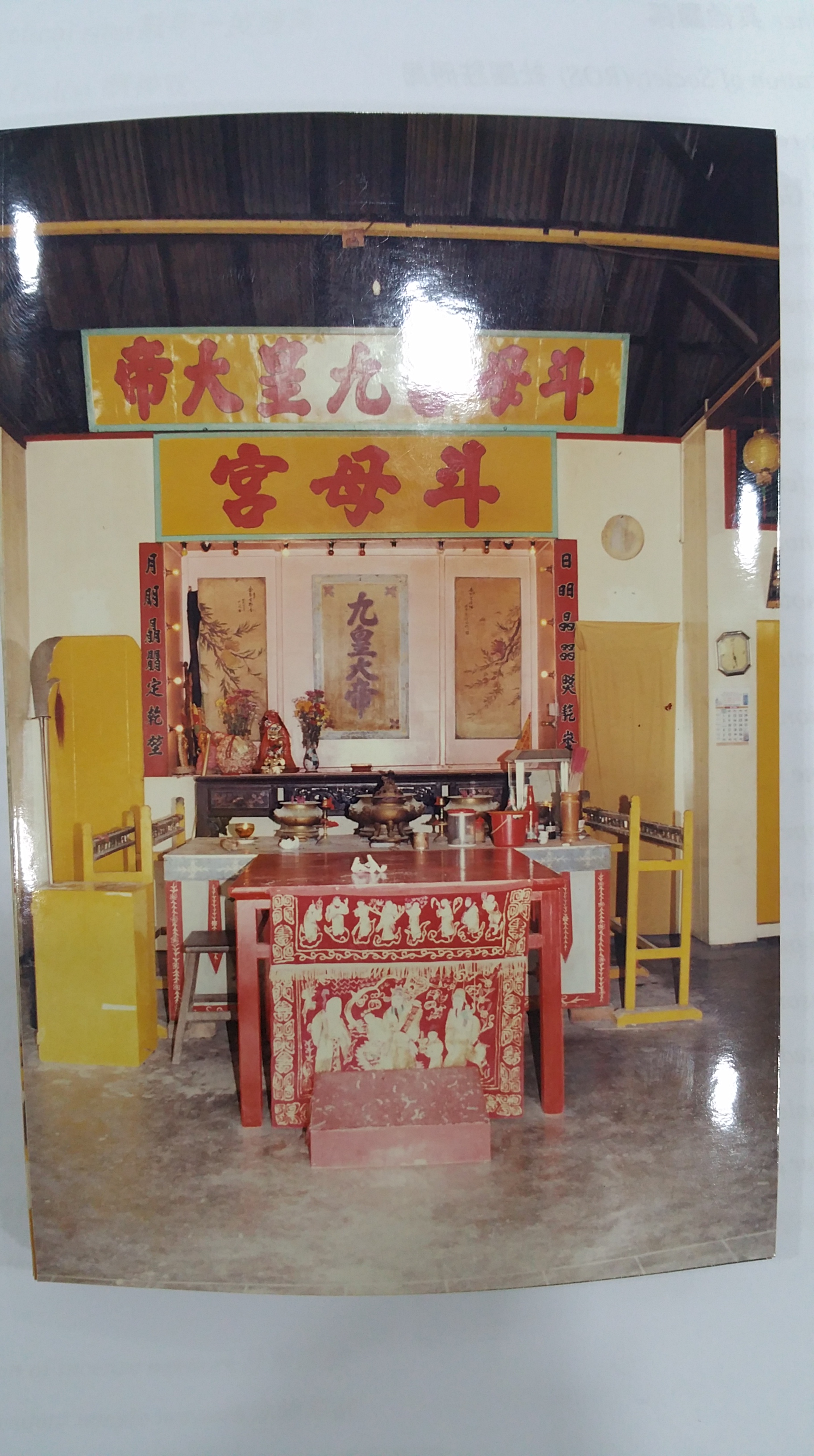 Photo Courtesy of the Temple

The Nine Emperor Gods festivals begin on the last day of August in the Lunar calendar and last for nine days.  A series of traditions and rites will be conducted and upheld by the temple during the nine days. 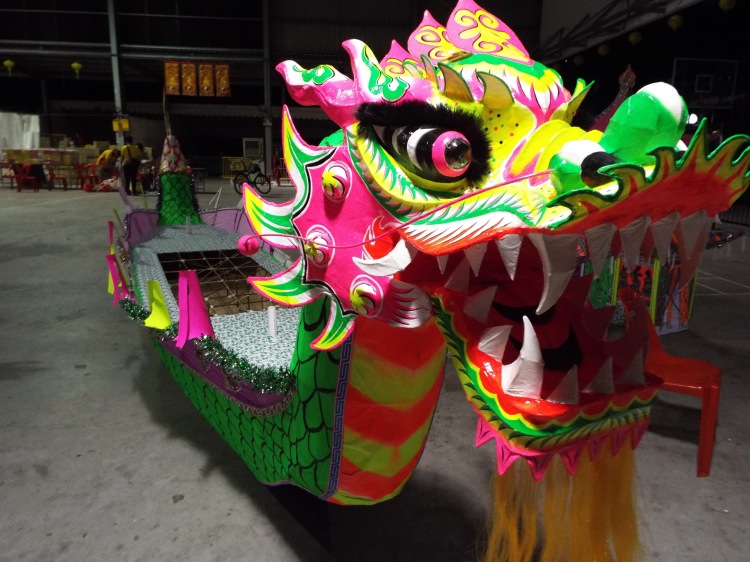 The work-in-progress Dragon Boat which will be used to send the Nine Emperor Gods back on the last day of the festival. 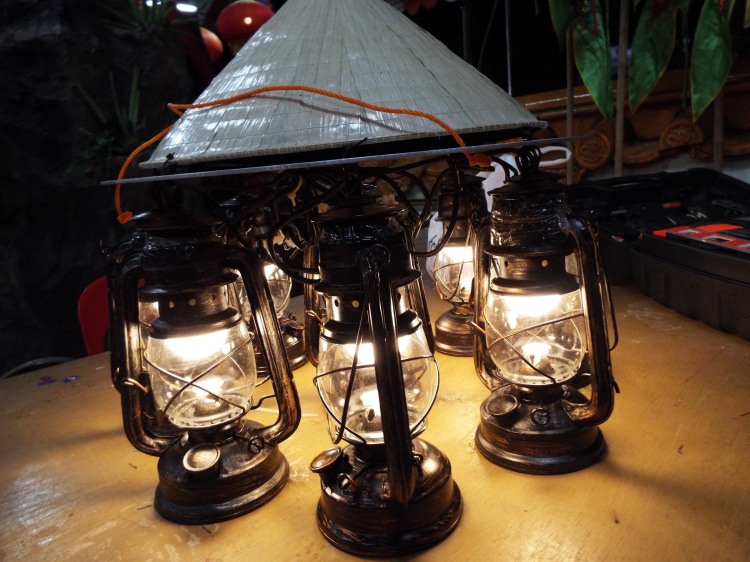 The symbolic Nine lamps which will be placed on a bamboo pole outside the temple signifying the start of the festival. 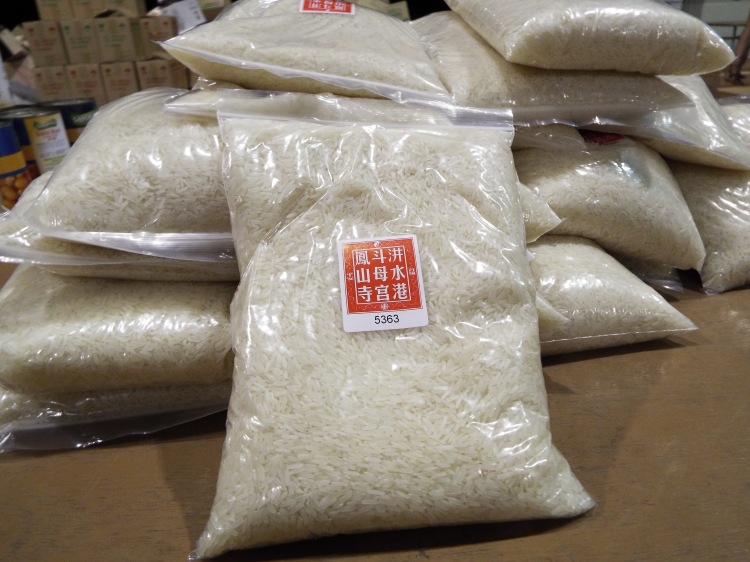 Packets of rice that is part of the gift packs that will be given to the elderly of the region. 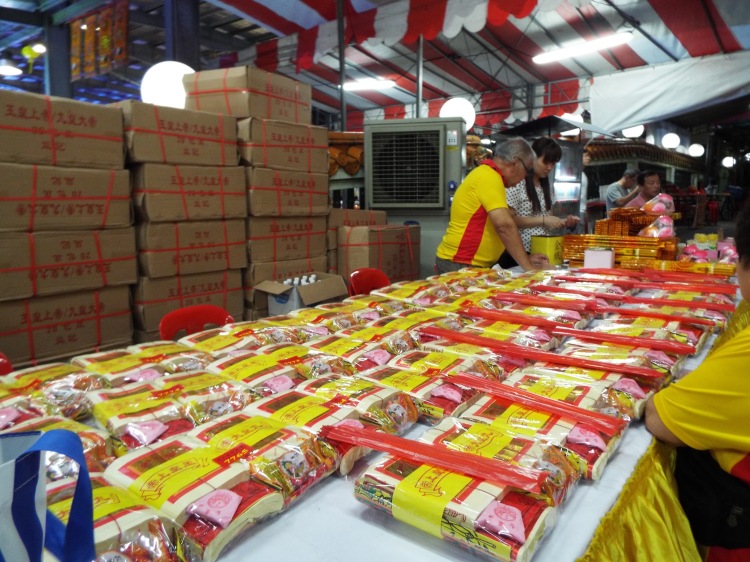 Joss paper and stick station set up in the temple for the festival. 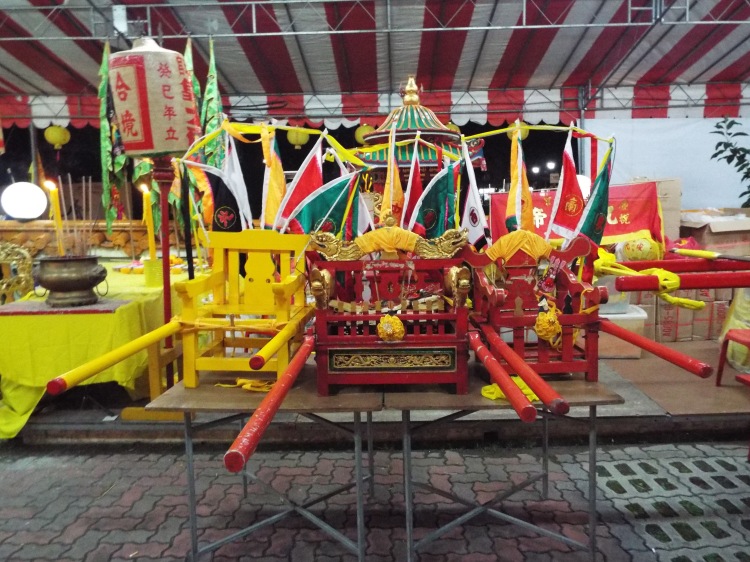 Sedans which will be used to carry the deities during the festival. 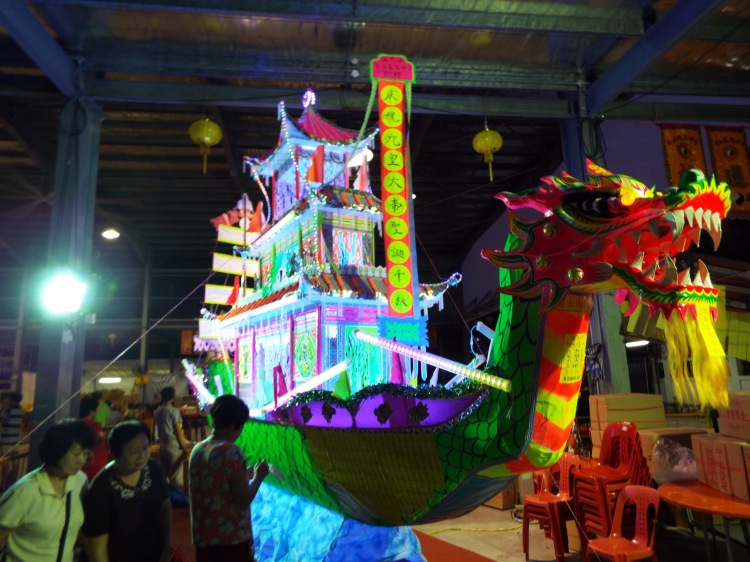 The completed dragon boat in all its glory. 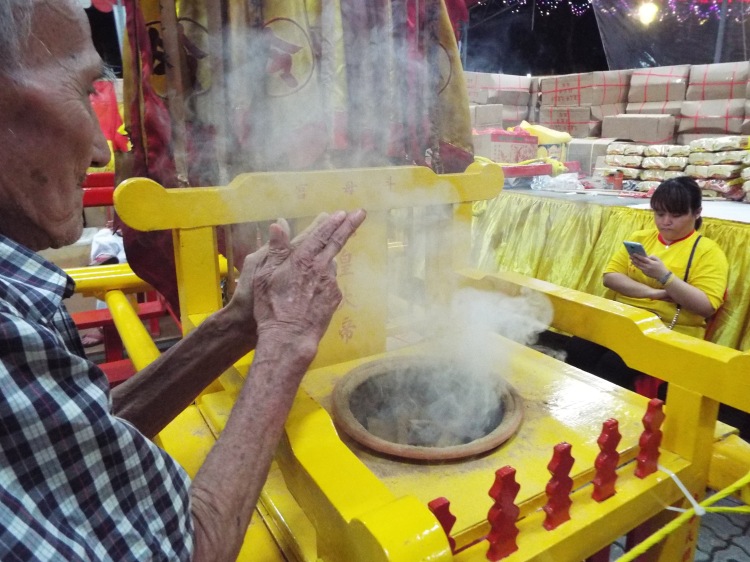 Incense pot which can bring believers good luck and blessings during the festival. 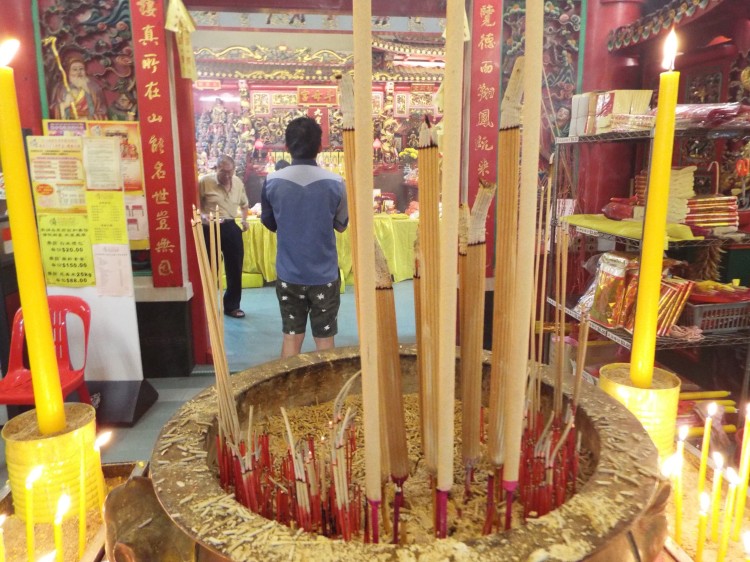 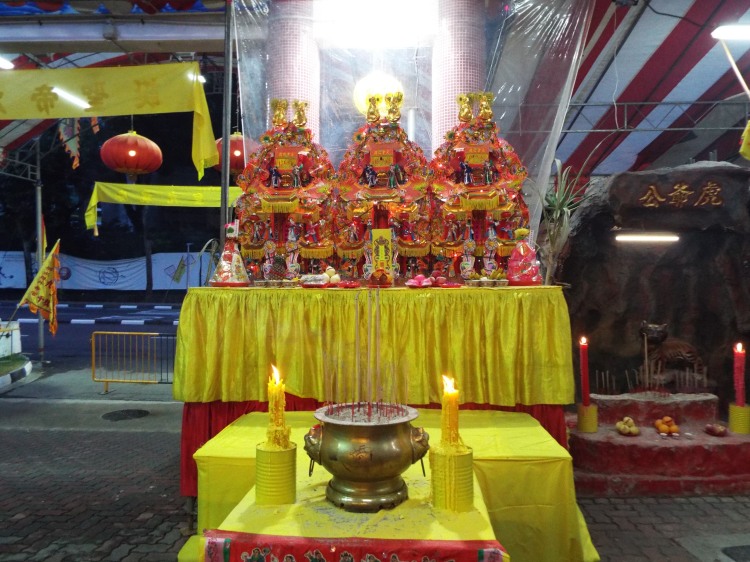 Offerings by believers to the deities. 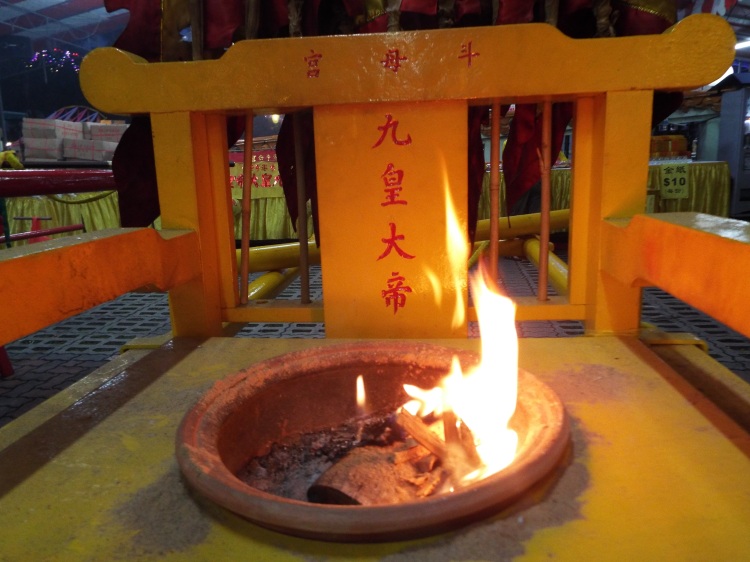 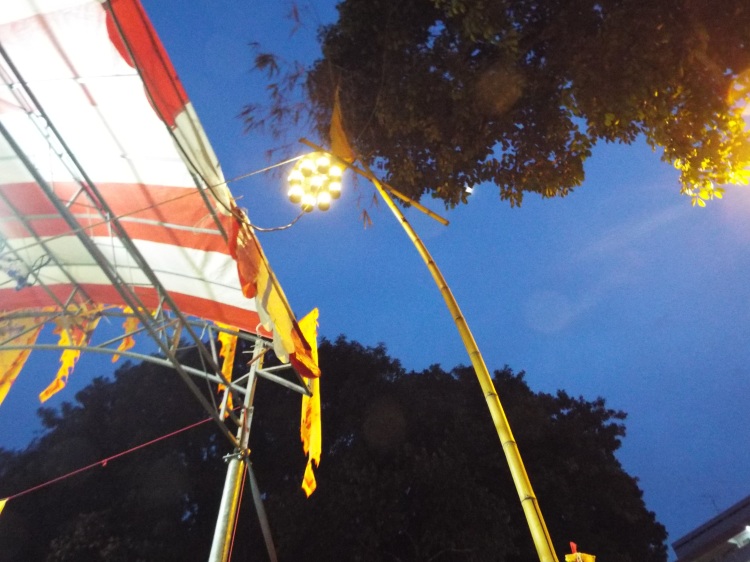 Bamboo pole with the Nine lanterns placed outside the temple. 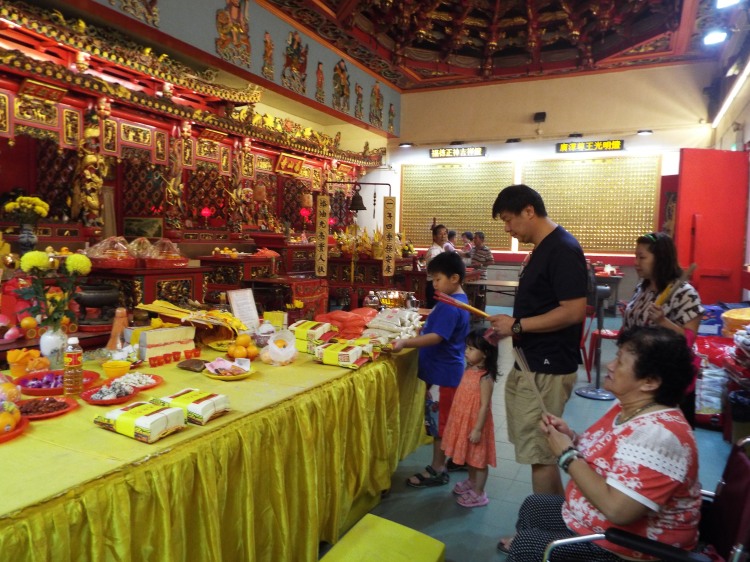 Believers coming to pay respects to the Nine Emperor Gods. 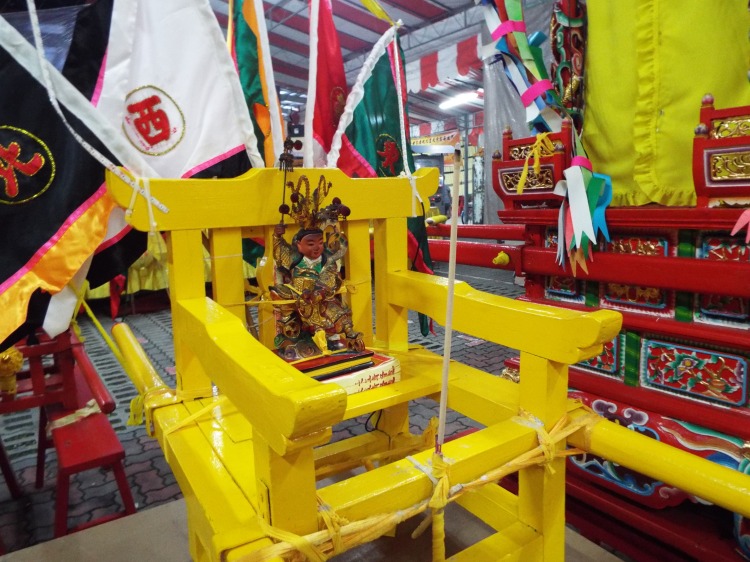 Marshal of the Central Altar on the sedan when temples are visiting. 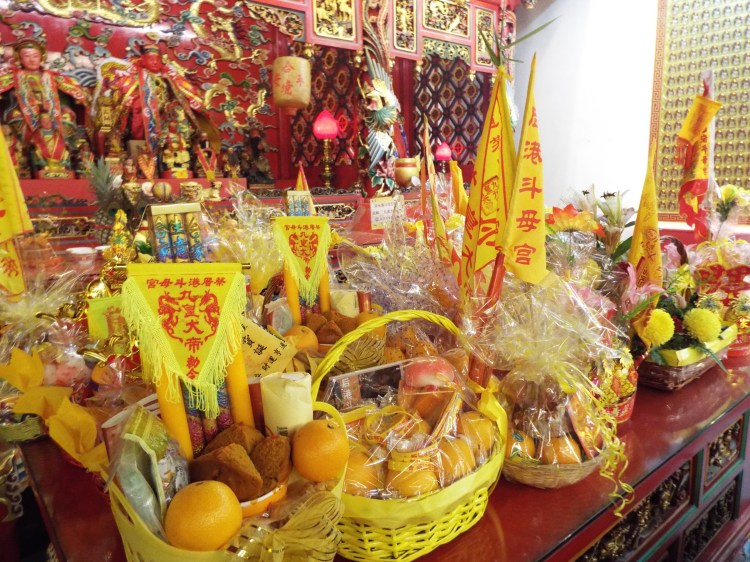 Gift baskets that are exchanged amongst temples during visiting. 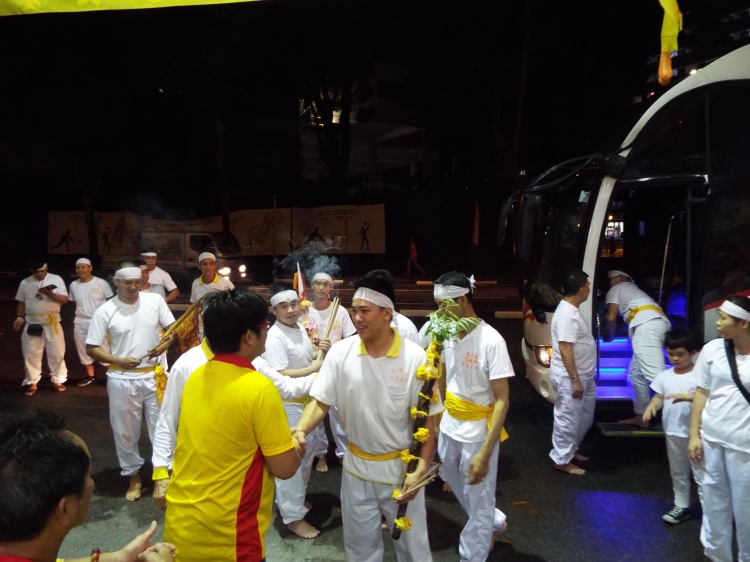 The temple receiving visiting temples at their doors. 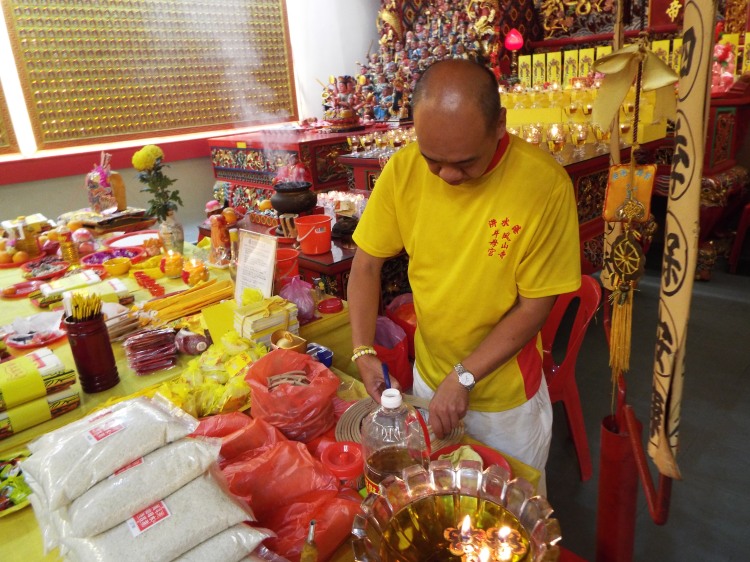 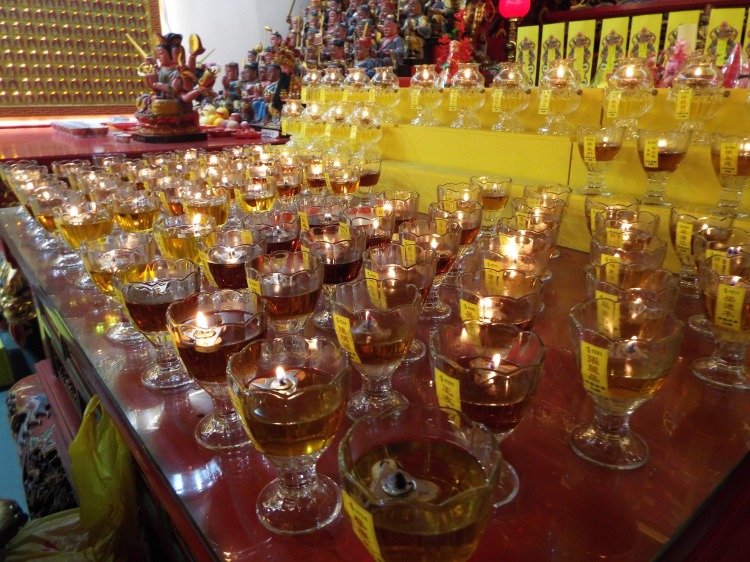 Oil lamps of devotees in front of the Nine Emperor Gods altar. 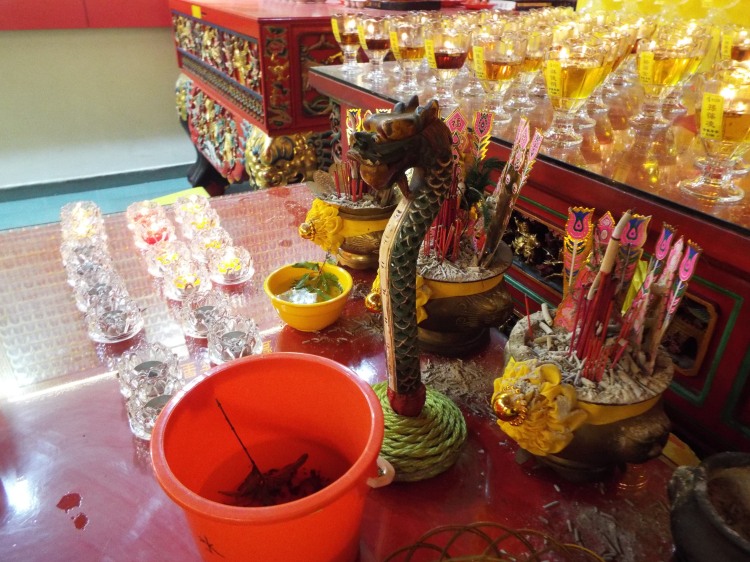 Ritualistic instruments to ‘pave the way’ for deities during visitations. 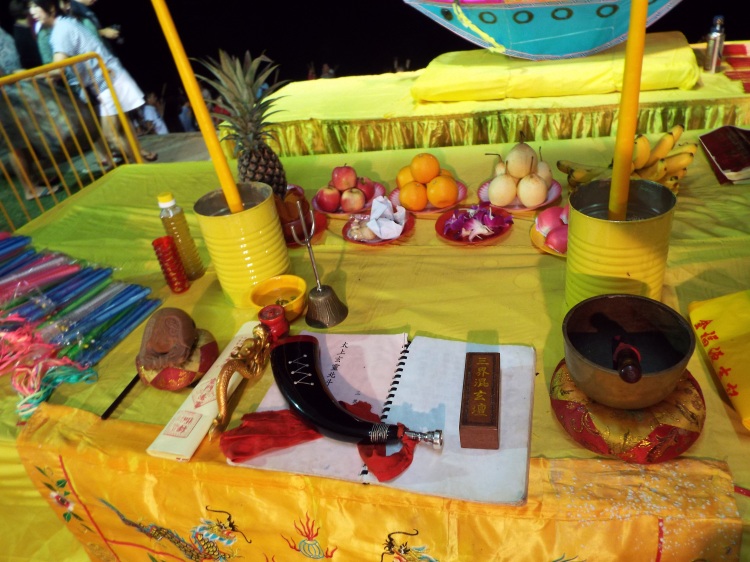 Altar set-up during the send-off. 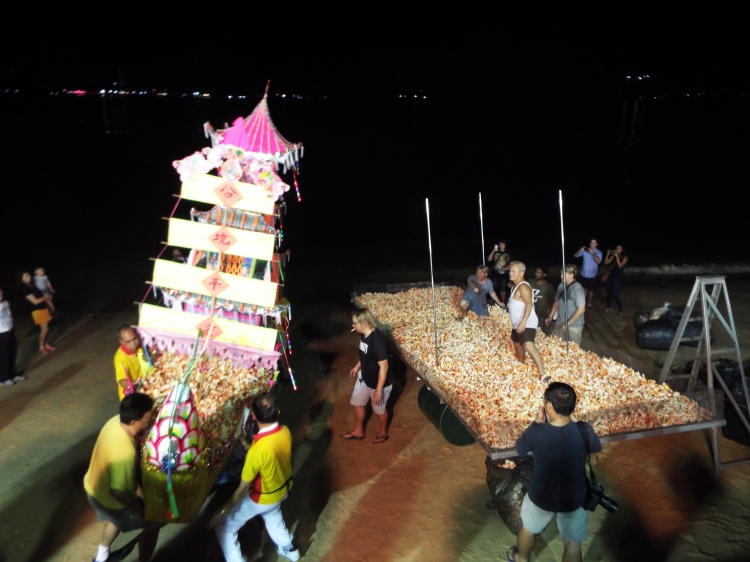 Preparing the Dragon Boat for the send-off at Sembawang Beach. 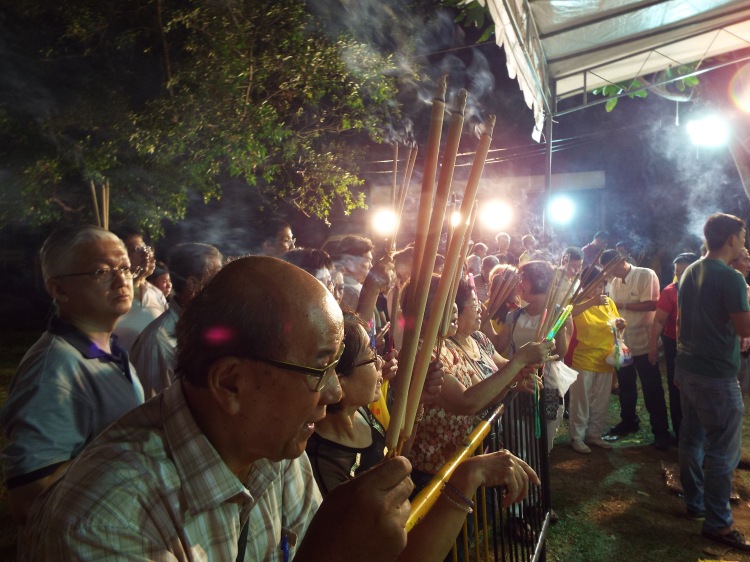 Believers gathering at Sembawang beach for the rituals and send-off. 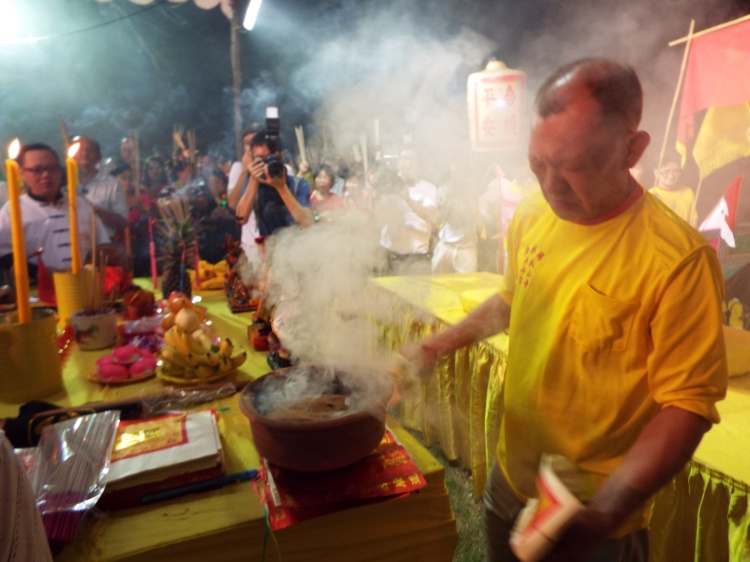 Blessing pot being placed at the send-off altar. 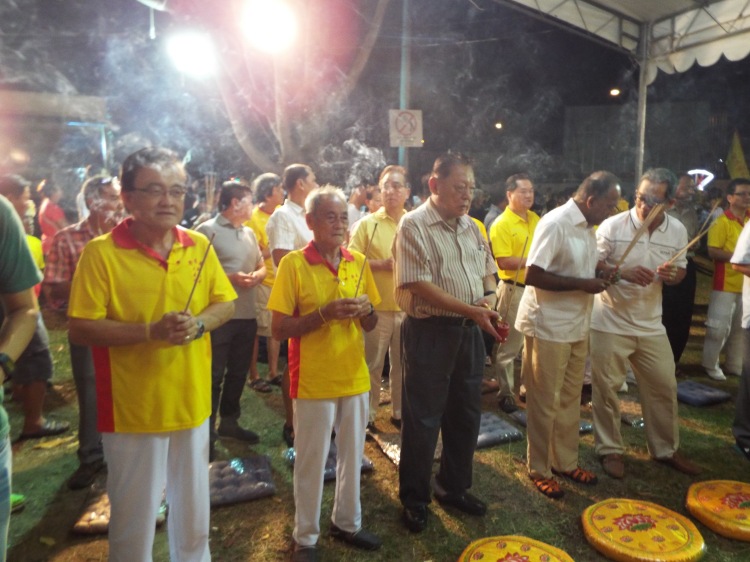 Temple executives and MP K. Shanmugam awaiting the start of the rituals. 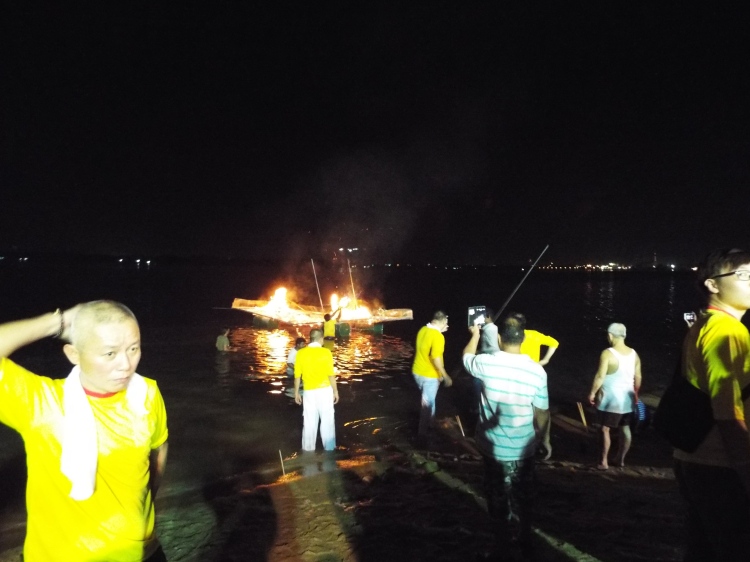 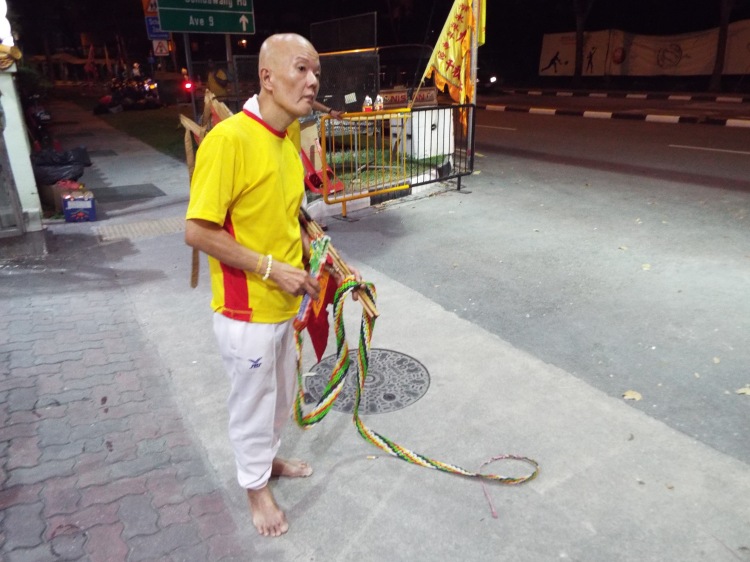 Awaiting the return of the deities at the temple after the send-off.

The Project Team (through the Principal Investigator) and the National Heritage Board of Singapore own the rights to the photos and photo essays on this website unless stated otherwise.

Our very sincere thanks to the committee of Jing Shui Gang for their support and assistance during our documentation project.