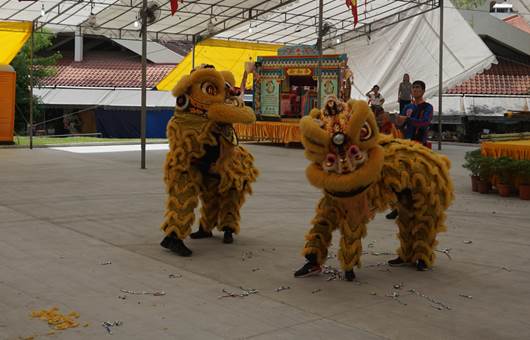 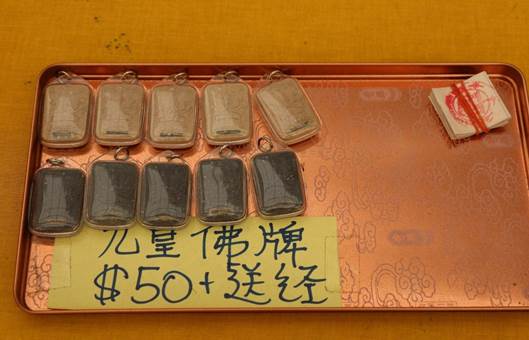 Other highlights include lion dance performances, the sale of paper offerings and the enquiring of fortune. Devotees would also inquire about their fortunes for the year and ask for advice. Some would then write their wishes on the yellow papers and paste them on the dragon boat. To send off their wishes to the gods in the celestial realm.

Other than keeping a vegetarian diet and praying for the blessings of the Gods, temples also go about making prayer visits to other temples. This is pay respect to the Gods in these temples and also to build friendship with other temple members.

Sending off the Nine Emperor Gods

The last day of the festival is a huge event for the temple where, it is packed with many celebratory activities.

To celebrate the sending off of the Nine Emperor Gods, there are lion dance performances and the Third Lotus Prince Ne Zha gracing the event. 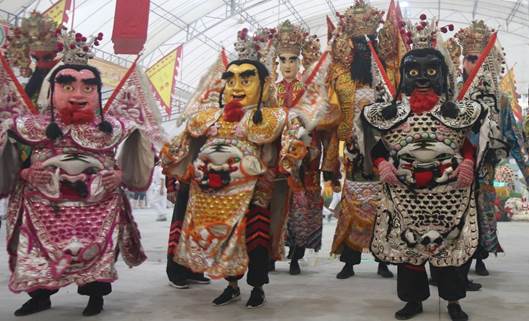 Ne Zha, Nine Emperor Gods and the animals from Chinese zodiac adorned in colourful costumes arrived at the Nine Emperor Gods festival to pray to the gods. Celebratory dances were also performed bringing smiles and laughter to the audience and entertaining passerby around the area.

Temple members getting ready to send off 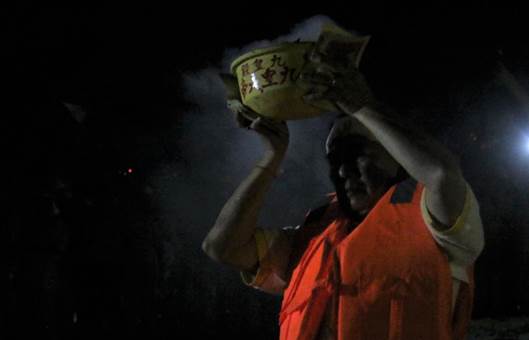 At the beach, the priest leads the group of devotees in the chanting of prayers. Once the prayers were completed, it is time to send off the gods . Temple members launch the boat into the sea and set it on fire. Following which, the urn was also carried into the sea to send off the spirits of the gods.

Getting ready to carry the dragon boat into the sea

The dragon boat drifts further into the sea marking the end of nine day sojourn of the Nine Emperor Gods on earth.

An auction (background of picture) is held during the banquet. 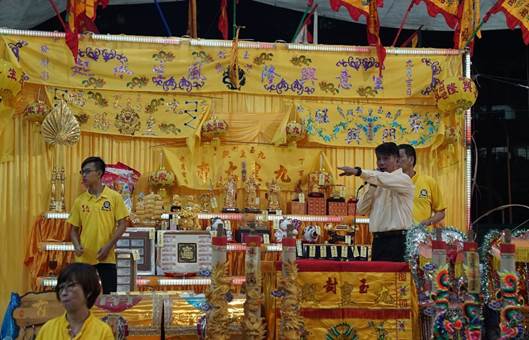 The items to be auctioned

On the tenth day of the ninth lunar month, there is a banquet to celebrate the Nine Emperor Gods Festival, devotees gather for a sumptuous meal and help out in the auction that is for charitable causes. Over the loud chatter and laughter, the Nine Emperor Gods Festival gathers devotees together to bond, celebrate and give back to society at the same time. As a result, praying for good health, fortune, and prosperity for one and everyone else.

Our very sincere thanks to the committee of Yu Feng Jiu Huang Dian temple for their support and assistance during our documentation project.

The Project Team (through the Principal Investigator) and the National Heritage Board of Singapore own the rights to the photos and photo essays on this website unless stated otherwise.